This is a piece of writing from the website “Streetlife”

It reads to me like a poem. I wonder if that was the intention.

It was formatted exactly like this in the original.

I do running in sherwood ,
but With the Dogs who’s
Owners, have let them off there leads,!!
it’s difficult
Surprisingly Friendly! but intimidating when they jump up snarling and barking
At Me
When 1 go’s another one comes!
its like a b***dy incestation!
I’VE NOT GOT
ANY SAUSAGES,,!!!
???????

I am particularly fond of the cracking malapropism “incestation”. 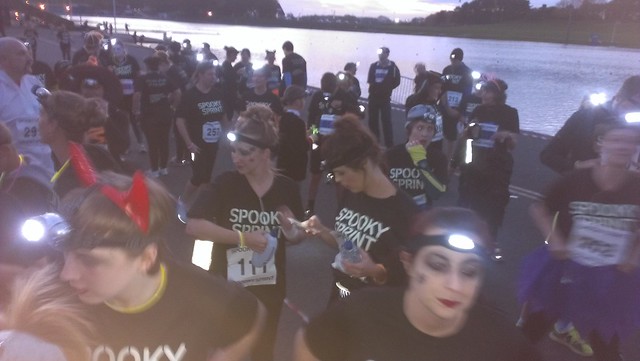 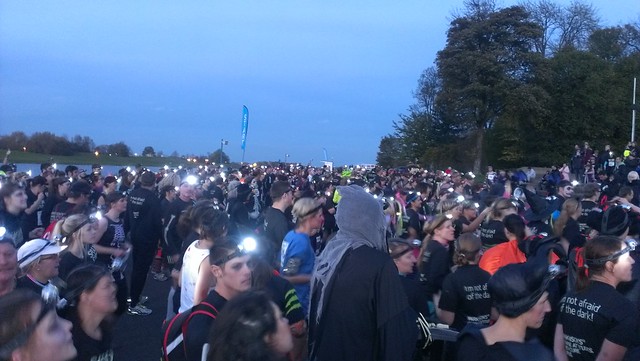 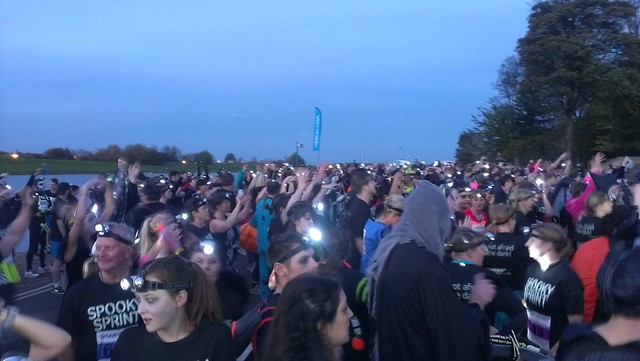 A year ago, more or less, I wrote about parkrun, registered, got a barcode, and then prevaricated and didn’t get around to trying to run around the park for 5k.

Last Friday, I went and checked I could indeed run 5k around a park in under 50 mins and wouldn’t be the absolute slowest person there.

(If you’re interested, you can get the GPX for any parkrun on the “course” page of the parkrun website and convert it into a Runkeeper course using these intstructions.)

And this Saturday I got up early to be at the start line long before 9am and ran with the people there.

The email with the results just arrived and they’re here. I came 77th out of 92! Clicking through on my age group result, I see that of all 83 men aged 35-39 who have ever run Forest rec in the last year, only one has ever run it slower.

I’m actually pretty chuffed with the time, I didn’t think I could do anything like that. I also know that to improve, the next step is the easy to say, hard to do, “spend less time walking.”

Now, having got up early on a Saturday, must try extra hard not to waste the rest of the day.

As I have previously written, I’ve been giving the Couch to 5K running programme a go since the start of the year, mostly doing a weekly run on the treadmill after a session with my PT. I was really psyched to get so far through it and see the visible improvement in my physical fitness. Enthusing about it publicly even inspired friends to take it up and give it a go.

And then I sort of stopped. It’s been three weeks or more since I last did a longer stint on the treadmill and so while I am still being pushed through hellish aerobic interval training, I’m not really running. My knees have been hurting a little but I have no idea whether that is from the running or squats by the thousand, or maybe even from having stopped running.

This evening I had the bright idea after a house and chore filled morning and a desk and marking filled afternoon, that it would be nice to take advantage of the late evening sun and pop around the park to the tune of an iPod filled with Excess Baggage.

I didn’t get far. The first run phase happened upon a steep hill which knackered me enormously and while I did get some running done it was mostly wheeze filled staggering, flashing my pasty white legs to the late night golfers and a score of caravan-dwelling fairmen setting up rides. And this despite going back to the lighter Week 5 runs rather than the week 6 ones.

Maybe it’s time to start over with the C25K only this time, with a stronger focus on the regular running, not leaving weekly gaps, and trying outdoors rather than treadmill. But then again this is me. Grand plans, not enough follow through.