Slightly under ten years ago, I renewed my passport.

Now I’m preparing to do it again so it will be definitely back with me in time in case I get to go on the school trip to Paris in December.

I didn’t quite dare tick the box that says my appearance has not substantially changed since last time. 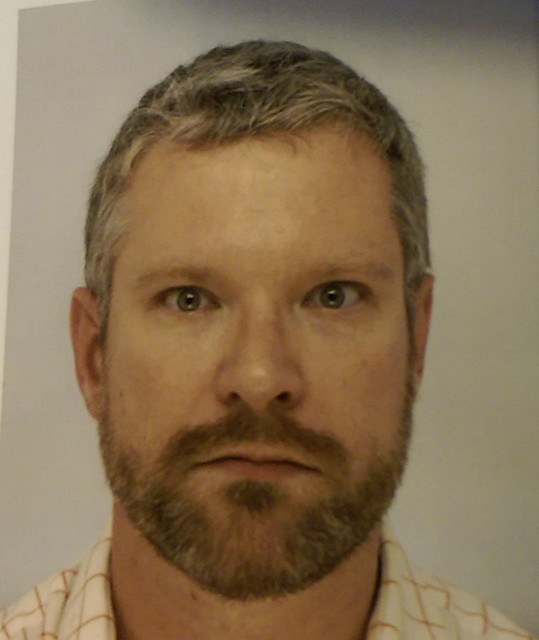 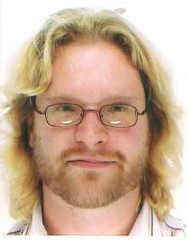 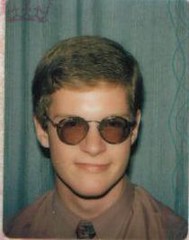 Preheat an oven to… what was it last time? I think I did it at 180 but I can’t remember if that was too high or too low? Try 160 just to be on the safe side

Weigh three eggs, and add the same weight of fat, self raising flour and sugar to a bowl. I use vegetable oil to save having to faff with getting butter to room temperature without melting it, at a fraction of the cost and without too much taste compromise. I was supposed to be using caster sugar but somehow someone put granulated in the caster pot last time it was refilled so I suppose that will have to do.

Zest a lemon – cripes, that one’s in a bit of a state, oh well, it’s what we have. Joe Public won’t be able to taste it by the time it’s cooked – into the mix and stir until well incorporated.

Spoon the batter into 12 cake cases, realising towards the end that whilst this mix usually does 12 easily, this time it looks a bit hit and miss and there’s only really enough for 9. Oh well, the first six were a bit over full and will probably spill in the oven so I can spoon two tea spoons out of those into the remaining cases. Oh drats, the case came away with the batter and now there’s bits of cake mix all over the tin. That will be a bugger to get off later.

Cook for I dunno 15 minutes? 20?  Check they’re not burning after 20 but they’re nowhere near done so turn the oven down, or maybe up? after that and put them back in. They’re done when a skewer – where the heck have all my skewers gone? Oh there they are – comes out clean.

Leave to cool while you watch Only Connect.

Put a pointy nozzle in a disposable piping bag and place inside cocktail shaker. Spoon in a few dollops of home made lemon curd. Pff, yes of course shop bought will do. Pipe the curd directly into the centre of the cupcakes with a firm pressure and oh god there’s lemon curd everywhere, all over my hands, oozing over the top of the bag, and out around the nozzle instead of through the hole at the end.

Neatly use a teaspoon to cut holes in the remaining unruined cakes and spoon the curd in before placing the top of the cake back on and hoping the crumbs don’t make too much of a mess.

Juice the lemon you zested earlier and add icing sugar to make a fruit icing. Not that much icing sugar you dolt! Eek, this is very firm, it won’t spread at all. Oh, well, it will be fine. Normally it’s too runny anyway. Spoon the icing over the cakes taking care not to… oh… the bit you cut out might come away a bit. Yes, there will be a horrid mix of icing and crumbs and it will look awful.

Garnish with jelly lemon slices, which for no good reason are not on sale in Sainsburys any more and don’t seem to be found for love nor money anywhere other than Evil Amazon. These jelly lemon slices were actually ordered before the summer holidays and have been sitting in my pigeonhole for six weeks, but they don’t seem particularly harmed and are still well within their date so meh.

Select six of the least worst looking cakey horrors and pack them in a box for work tomorrow. 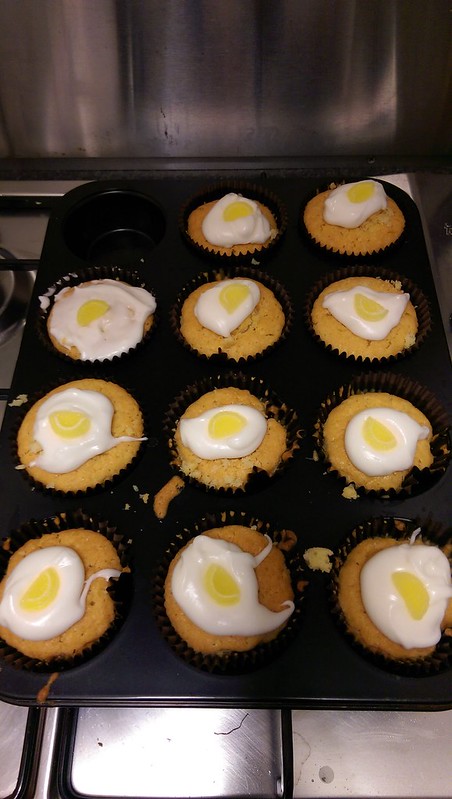 Nothing that isn’t crime fiction or magazines!

I am currently working my way through several series of novels on my Kindle as a way of absolving myself of what to read next. No agonising decisions, just the next one in one of the series. Most of what I read fit that criteria.

I am particularly liking Evil Amazon’s new (?) thing where they have a page with all of the books in a series, in order, so you can check what you have and whether you’ve missed any. I am even still at the start of some of these series so have many hours of reading pleasure ahead of me.

In a tent in the Peak District, instead of going on a rainy walk, I finished P D James: A mind to murder. I loved the period detail – the bureaucracy of how a clinic used to be organised, and little details like the building the crime takes place in still needing its own switchboard and operator with potential for eavesdropping.

I began C J Box: Three Weeks to say Goodbye and finished it on my sofa when I got back. This is not part of Box’s – Joe Pickett novels, but a standalone thriller in which bad people try and get back an adopted child. It’s a thiller with the page-turner impulse brought in through one average guy’s attempts to protect his family and the lengths he will go to do so.

Whilst camping dahn sarf my old Kindle failed – the buttons became unresponsive. This has happened to me before but has been fixed by charging. In the field, this wasn’t possible as I was camping without power.

I did take a paperback with me for just this eventuality (in fact I have been carrying it around for ages, and it has somehow in my bag got food mushed into the pages and the front cover. A raisin, I think. I hope.) so the next book was a classic. Raymond Chandler: Farewell my lovely. Part of the Phillip Marlowe series, but I am not sure if I have read any of the others. I suspect I have them on a shelf somewhere. It took a number of pages to get used to the old slang used, but as is often the case, after a while I read so fast I am not puzzling too much over new words. I guessed an important part of the plot a page before it happened – perhaps just because of a slightly clunky plan. The stated reason is not quite enough to invite character X to character Y’s flat – there must be another dénouement afoot.

I couldn’t quite resist pre-ordering and reading Sue Grafton: X pretty much as soon as possible. I think for each of the previous 24 books I have waited till the paperback edition, but in the early days I was many years behind the publication dates. Now I’ve caught up I want to read them as soon as I can! This was in my view a return to form for Kinsey Millhone, without extended passages in the third person, but a narrative almost entirely from Kinsey’s perspective, in which she solves a number of cases, not just the main one.

Sara Paretsky: Blood Shot was next up, slightly out of sequence as for a minute I couldn’t find Bitter Medicine on my new Kindle. It was there so I went on to read that one too. The V I Warschawski series also has some patterns emerging. Almost any documents that get removed from somewhere and left in her flat or office will lead to a burglary. She also takes an awful lot of beatings. In book 5 of 17 she has been routinely injured in the course of her work, including this time a facial scar, that by the end she must be in a seriously bad way.

The new Kindle is lovely. I realise it’s just a machine to make me funnel more money in the direction of Evil Amazon, and there are alternatives available. Some even waterproof! But I have a lot of unread books on the Amazon system already and it just works quite well, so in the end I stayed with them. Now… what to do with the old, probably broken 2010 Kindle Keyboard device?

My final title here – although it is warm and sunny so I am about to head into the garden with the hammock and start another – is a Ken McClure / Dr Steven Dunbar novel. I found the first of these by accident a few years ago- in fact I can remember reading them on Kindle on my own on Shell Island, so that must have been the holiday I took immediately after losing my council seat in 2011. I don’t recall ever talking about them with anyone or hearing about them from anyone else, but they’re brilliant. They follow a former SAS doctor and his exploits with the Sci-Med directorate, a secret home office body that lends technical support to local police forces out of their depth with scientific or medical issues. Eye of the Raven starts with a detailed deathbed confession from a convicted psychopath of a rape and murder for which someone else is already imprisoned on dead certain DNA evidence, and explores how it might be possible that the DNA evidence is not all it could or should be.