Just as last year, I intended to sneak some of these off the amazing colour printers at work, and just never managed to get that done before breaking up. So the Christmas cards went out with no newsletter and I’ll just have to hope you read it here and care.

Quite a hard job narrowing it down to 9 photos this year! 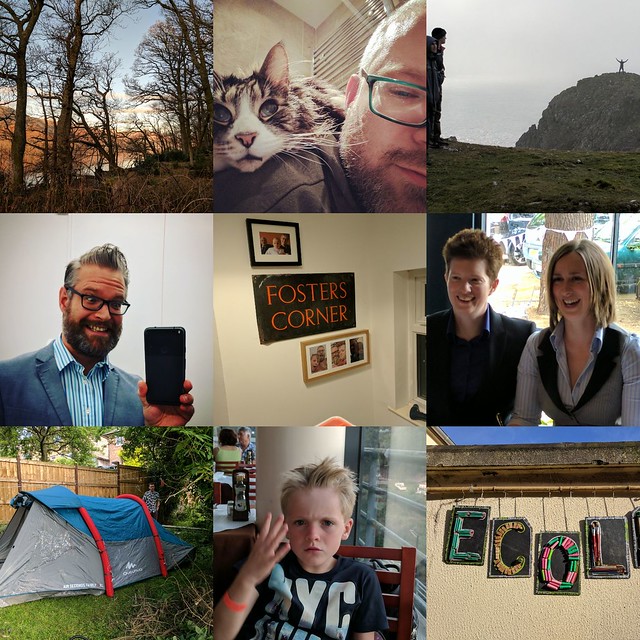 Fudge the cat is old and ill and we are getting used to two tablets a day.

Holiday in Wales in Feb, some lovely but cold walking on the Gower peninsula

Went from crew cut to quiff during the year… but now what?

Bought a new tent and didn’t use it enough. Wanna go camping in 2018?

Took my brother, father, sister-in-law and all three nephews to Madeira

Refreshed soul and wine rack on a trip to Normandy in the October half term.