After a few days in the bosom of my family I returned home, dropping father in Leominster and heading on to Nottingham, where I arrived late on the 27th – after the larger supermarkets had closed. I knew I was planning to cook for my dere friends and their darling children for lunch the following day and so I had to stock up in a little late night supermarket on the way home. Which affected my purchases somewhat as things I wanted weren’t there.

No harm done at all – plenty of food available and consumed and interesting stuff at that. 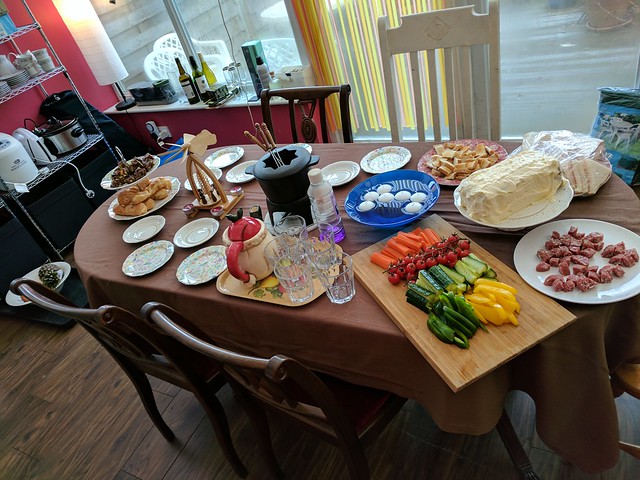 We had mulled apple juice – forgot to offer the grownups an enlivening shot of crab apple vodka! 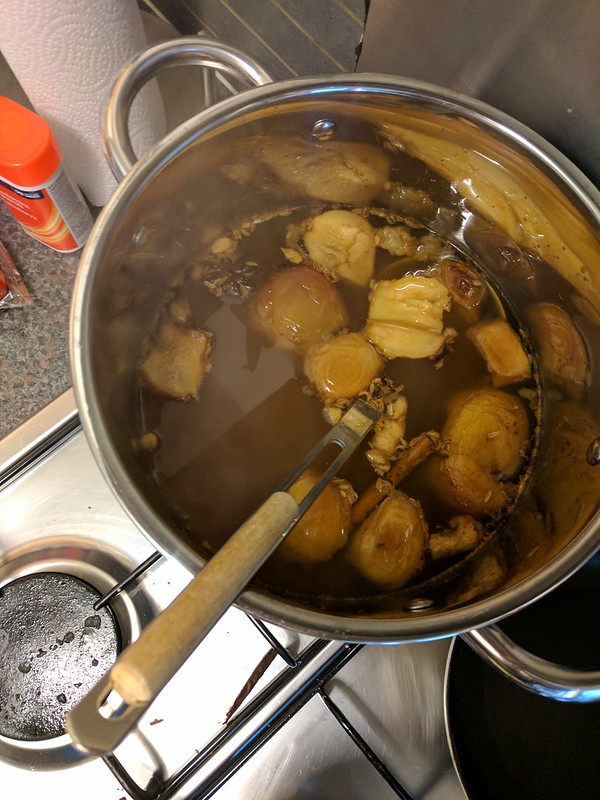 I made fondue (melted half a tub of cream cheese into a cup of white wine and added cups each, roughly, of grated cheddar and gruyère) the night before and reheated in the morning.  Accompaniments of crudités, chunks of salami and saucisson sec and some dry toast chunks. 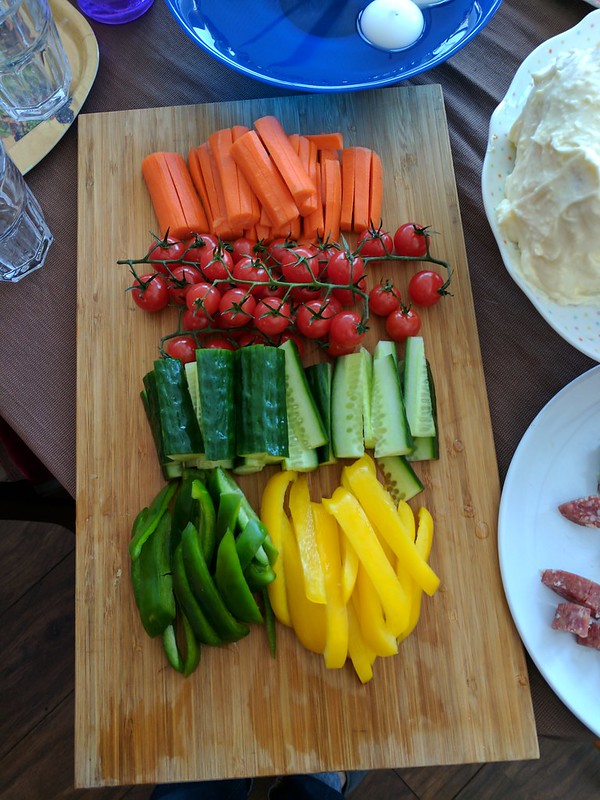 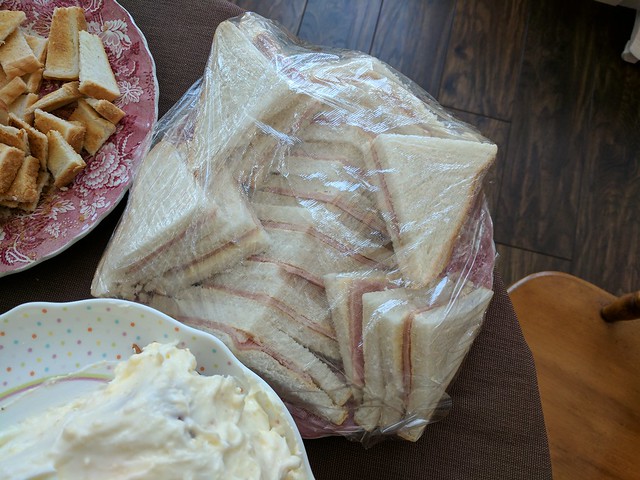 For afters, there was shop bought yum yums, rocky road, 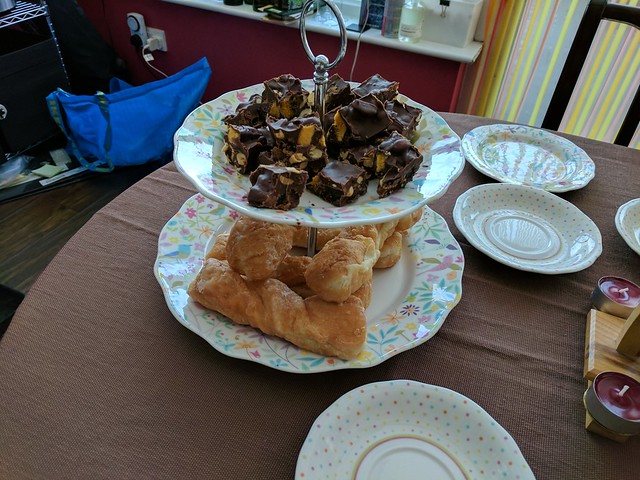 and a version of the weekly nutribullet banana loaf with a not entirely successful cream cheese frosting. The cake I now make pretty much by eye – my scales broke ages ago or the battery ran out – so I just dump stuff in the blender to try and get the right consistency. I don’t use butter any more, it’s pretty much as good if you just use veggie oil, and easier to store. 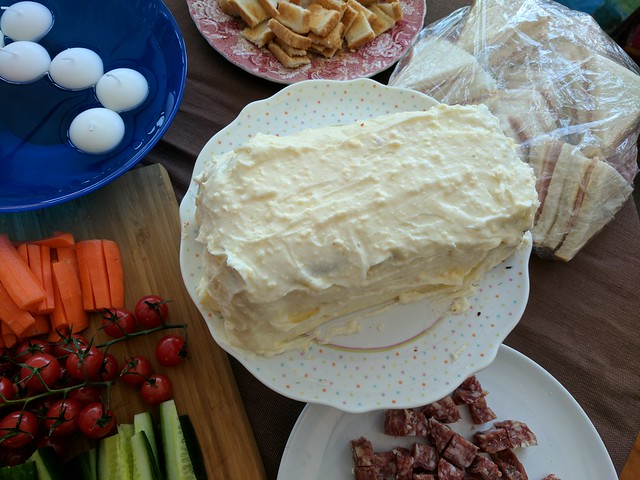 After lunch we went for a walk in Wordthorpe Park, and came back to play a couple of quick card games – Game of Thrones: Hand of the King and a rather cutesy foresty one, where you have to grow a tree, called Kodama. 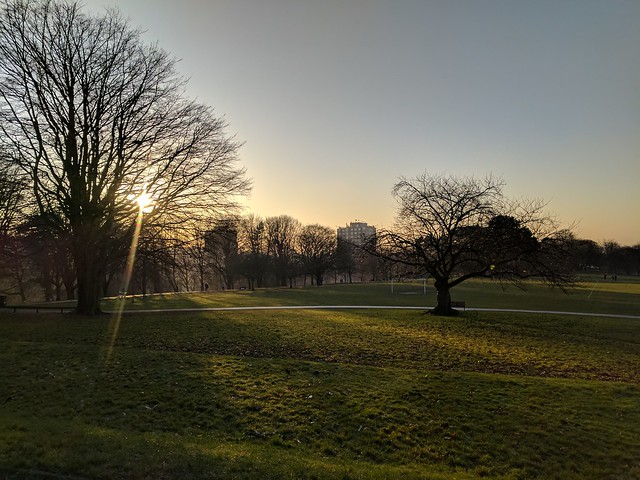 Blimmin cold! Barely over freezing all day, and the heating has been working hard. 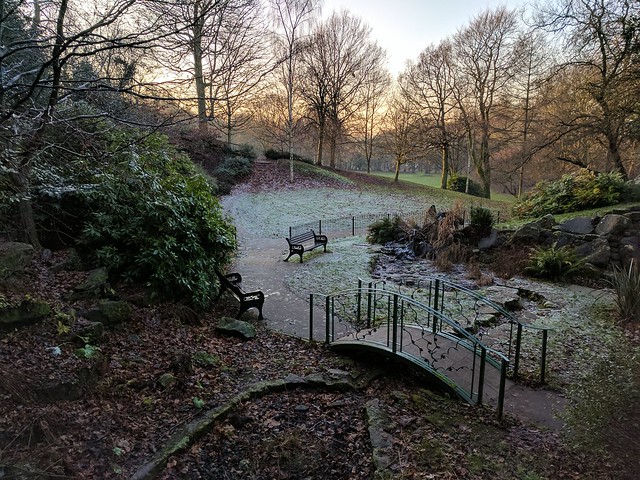 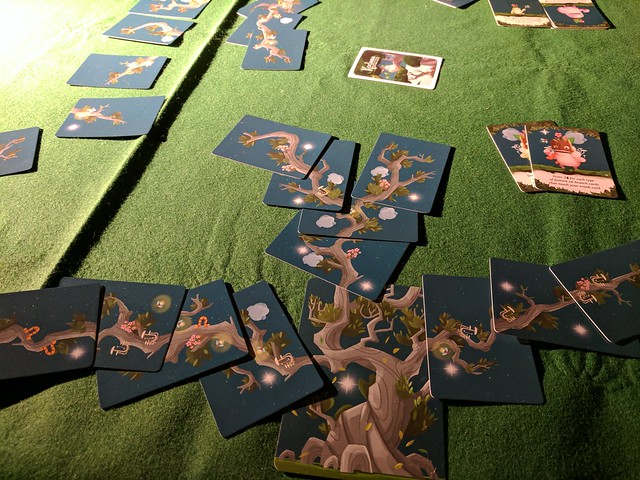 My present to myself this year was a cheap but sturdy trestle table with matching benches. This means I can now seat about 14 for a meal in my conservatory, especially if I borrow chairs – but the new table with a cloth over it was ideal for a smaller gathering too to stop the dining table getting too congested. 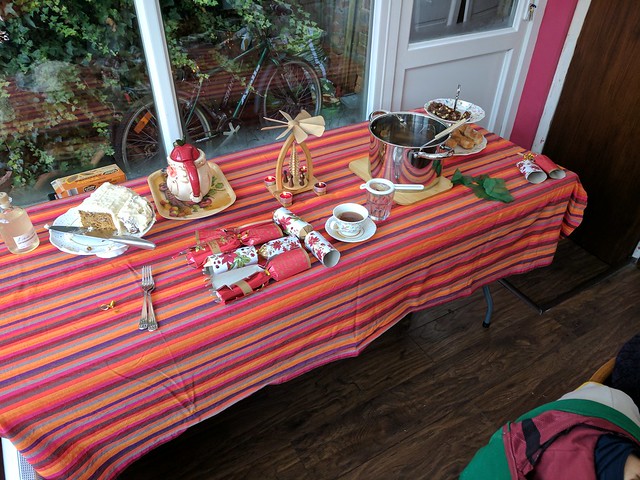 Food I considered but didn’t make: Mincepie pinwheels – I have mincemeat in stock but couldn’t find puff pastry in the smaller supermarkets.  I looked for frozen sausage rolls, but found none. I rather liked this list of quick festive food, especially the parmesan carrot fries and the fast German mousse

A departure in format this year – I saw the instagram hashtag #2016bestnine and mulled it over in my head for a few weeks before trying to put one together. Whilst thinking about it, I completely forgot what the hashtag had been and lost examples, and in my muddled thinking it turned into a set of nine images that reflected the year rather than in any sense were the best parts of it, or the best images I made.

I changed phones midway through the year which meant getting all the images into one place was a pain. And the idea of doing this sort of editing and processing on my phone rather than my computer was certainly novel and a sign of the times.

Here’s the image and short accompanying text that would have gone out in my Christmas cards if I had been better organised, printed it at school, not had norovirus the minute we broke up… 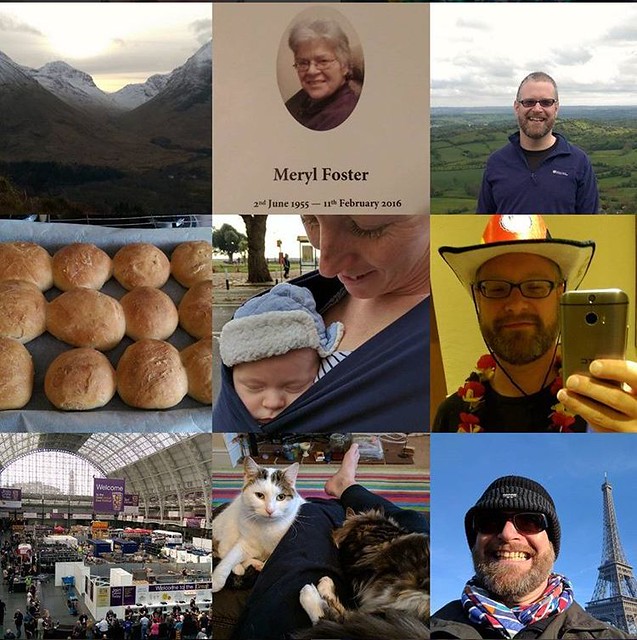 Nine things from 2016 – Hogmanay in a youth hostel in the Highlands.

My mum died in February.  RIP.

I’ve got out a lot more and walked more in the Peak District.

I’ve been baking a lot more and have been playing with sourdough.

My amazing sister in law produced another nephew.

I was in Germany during the world cup on a school trip.

In August, I worked behind the bar at the Great British Beer Festival in London.

Fudge and Steve the cats continue to bring great joy.

December took me to Paris with school for the first time in a few years.

Next year – New year in Scotland again; Norwich in May, Lincoln and Madeira in August – see you there!

(Looking back it appears I neglected to blog 2015, so here it is.  Entertainingly, I naively thought all the paperwork for my divorce would be done and dusted in January. In December, I just finally received the notification of dissolution for my files along with a final bill from my solicitor.)