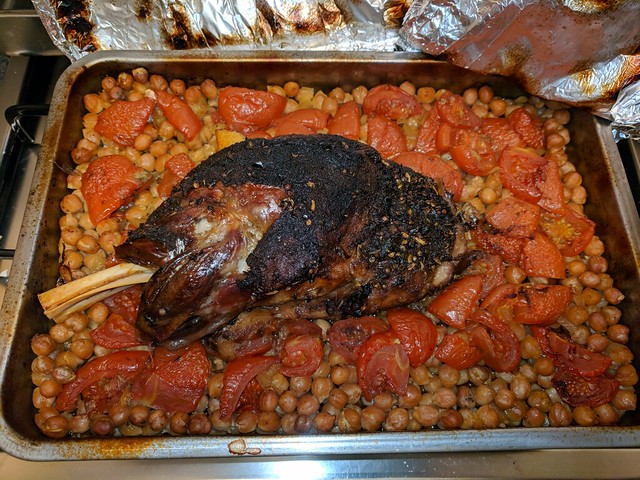 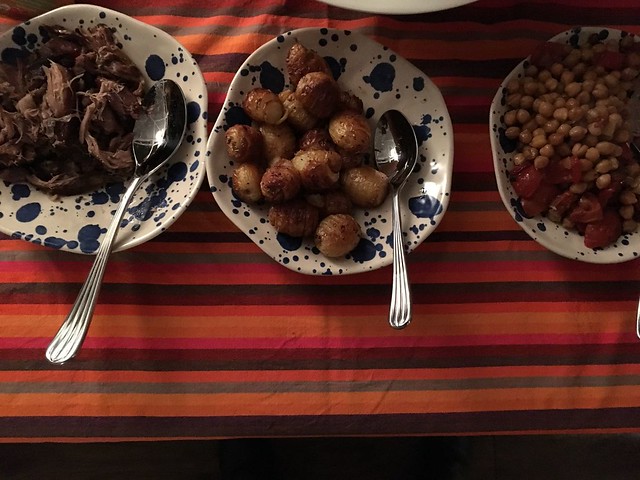 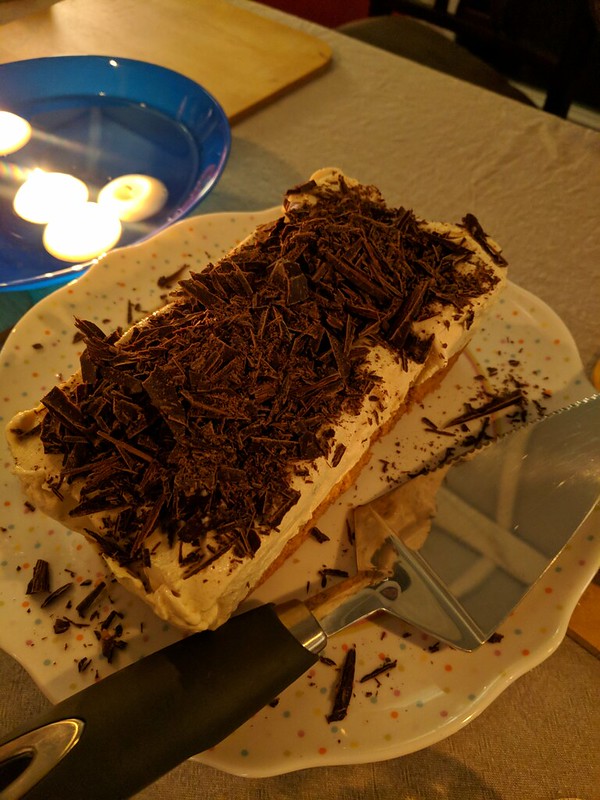 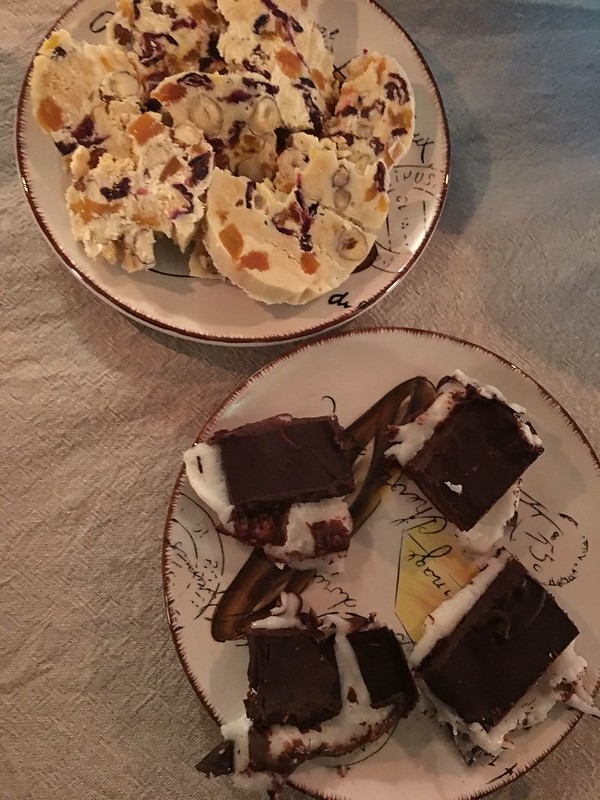 I’ve tried this once before – this one worked out better, I think.

I didn’t really read my recipe from last time, just had a quick glance at Delia’s version and the BBC Good Food for quantities. Yes, I did need to buy two supermarket blister packs of lamb chunks at more than a fiver each. (A main course that works out at around £2 each is not unreasonable, really, though is it?) No, I wasn’t going to include kidneys (I wouldn’t mind but P would and I’m guessing two small boys wouldn’t be keen.) Basic stew, chop up some potatoes for the top, uncover halfway through cooking, brush potatoes with butter and brown off.

This has acquired its name from the time when it was baked at home, then wrapped in blankets to keep hot and provide lunch for a day at the races.

Hotpot then is super appropriate for taking to a friend’s house.

I also liked Delia’s potato topping – more like chips or roasted potatoes than the food processor slices I did last time. I was going for that, but completely failed!

It wasn’t quick, by the time you have browned the meat a fair bit, then given the onions a good long time to almost caramelise on their own, in the juices, then add and soften the celery and carrots. After all that, a further two hours in the oven, which it can almost do on its own apart from the uncovering / browning stage when I felt the need to keep checking that it wasn’t actually burning.

Anyway, pudding club with friends, followed by watching #GBBO as part of a crowd, was an awesome way to end the holidays and not give too much thought to the first day of school tomorrow…