Just over a year after coming home, one of the rescue ladies from the battery farm died, so this has necessitated more birds for the hen house.

I went back to  Hens4Pets to get two hybrid birds, a Magpie (black) and an Amber (white).  When they asked what I was looking for, I just said “not brown.” It’s good to have birds you can easily disambiguate.

They’ve been with me a couple of weeks now, settling in. The pecking order is very clear and the old ex battery Attila the Hen is not letting the new birds eat from the feeders, just the corn on the ground. This is when I’m standing there, anyway. Given that all of the food is going, the new birds must be able to manage to eat some of it when Attila is not looking.

The new ladies in the coop reminded me of some common chicken behaviour that the battery birds have never learnt to do. They dig through the ground. They fly up to the perches. They dust-bathe. Attila just doesn’t do those things. I’d forgotten that was odd.

On the whole the ex-battery hens have not been great. They haven’t laid well. The eggs they have provided have had extremely thin shells. Towards the end I’d resorted to paying for eggs and chicken feed, and that’s not how it’s supposed to work.

Attila is not laying, but the new black chicken is very consistent and provides a tiny egg every day. 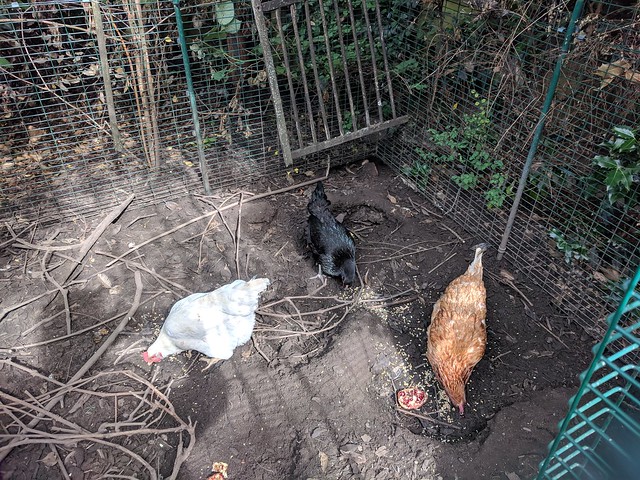 Look how overgrown the coop is now compared to when it was built five years ago! 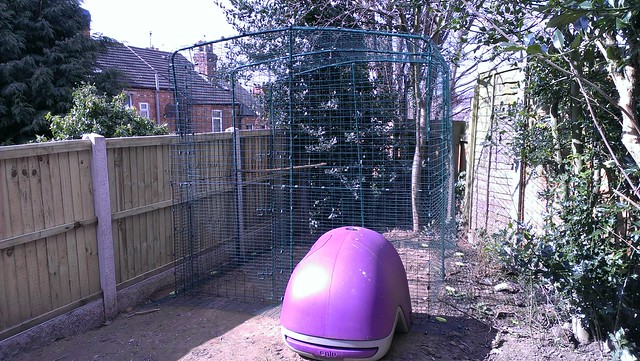 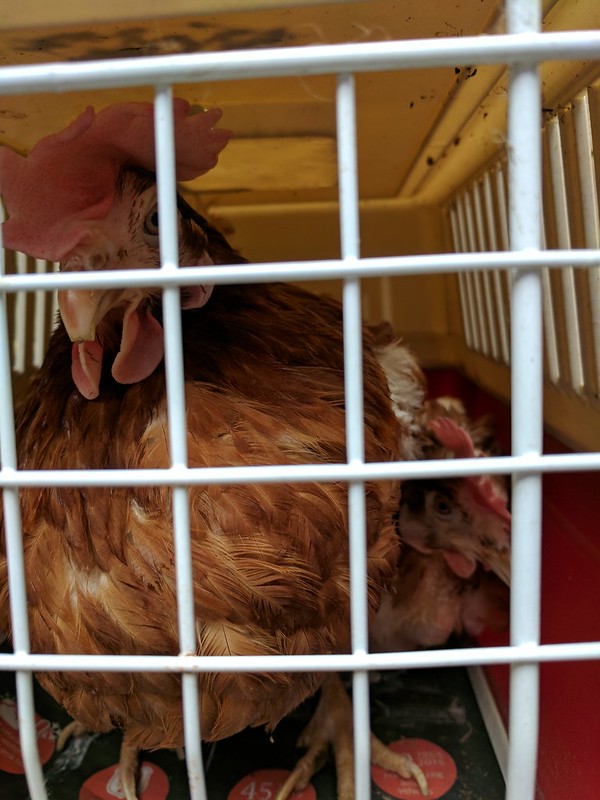 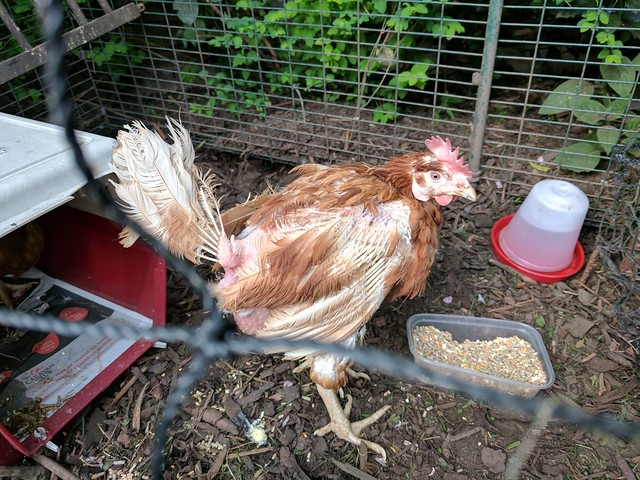 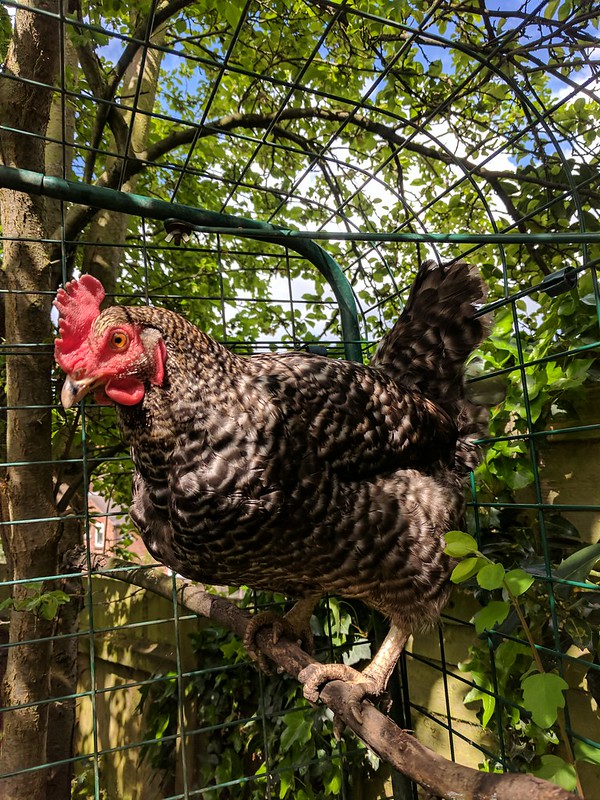 For a long old while the chickens were called quite simply black chicken and brown chicken.

This has been disturbing a surprising number of our friends and colleagues who think that the chickens should have names. Some friends suggested Coffee and Marmalade, which I thought were great names, but didn’t really stick.

Now Black Chicken has definitely become named Houdini, because she keeps escaping and we don’t know how. (This is a bit of a problem, because once she breaches the fence she can’t get back in again. Which means she doesn’t always have access to water and sometimes if we are late to shut them up for the night, she tries to roost outside the hen house, a very bad idea in our fox-strewn neighbourhood.)

Which left Brown Chicken. A coffee break discussion at school led to her being called Persephone, a name which works for convenience, but I doubt has ever been uttered in her earshot.

I have a sneaking suspicion that the chickens have different names at P’s workplace to at mine.

Looking after them is easy most of the time. Mucking out is a 5-10 minute job twice a week; a more comprehensive clean of the house is needed every month or so, and even that is at most a half hour job.

On a daily basis we top up the feed and water and feed them treats: leafy greens, weeds, corn or bird seed. We let them out into a fenced run if we are around in daylight, which is most days.

P started off hardline: we are only getting chickens if you do all the work. Now, since he is most often home in the daylight, thanks to a crazy early start at work, it is him who does most of the feeding and watering and handling, leaving me the mucking out.

It will get trickier as the weather gets colder. I am a little anxious about what to do when the water starts freezing, especially when I am often out of the house the 12 hours of daylight, putting in regular 10 hour days at school and still not getting enough done.

If it gets properly cold they will have to be shut into the hen house at night and let out in the morning, adding another few minutes to the morning routine when time is always tight. And of course, on the days when time is tight anyway because the car needs defrosting.

Several of our friends have been part of the back-garden chicken revolution for ages, and so when some of them decided to upgrade their chicken house from v expensive to eye-wateringly expensive I jumped at the chance to buy their old housing at a knock down price.

It’s taken a few weeks to get the garden ready, and it also didn’t seem fair to stock up on livestock shortly before going on holiday.

But last weekend, with the garden and hen house sorted out we popped along to Hens For Pets out near Ikea to get our chooks. They’re “point of lay”, apparently, but it might take up to five weeks before we get any eggs.

The girls seem reasonably well settled into our garden now, scratching around the bark and hopefully avoiding the poisonous ivy and elderberries growing perilously close to the housing.

The first days, the birds seemed pretty nervous, and we could hear them clucking when cats got too close. Our own cats don’t really seem to have the bottom of their garden in their territory, but it seems to be a free-for-all for a coterie of black and white neighbour cats. Now it seems that both the chickens and the cats have figured out their can’t get through the wire of the run and although both are fascinated by each other, the chickens have stopped the cluck frenzy and the cats have stopped trying to rush the run.

The morning/afternoon routines seem reasonably easy to handle, but I haven’t done a weekly mucking out yet. We’ve only been able to fit the coop a fair way from the house, so the biggest thing I’m worrying about right now is forgetting they are there.