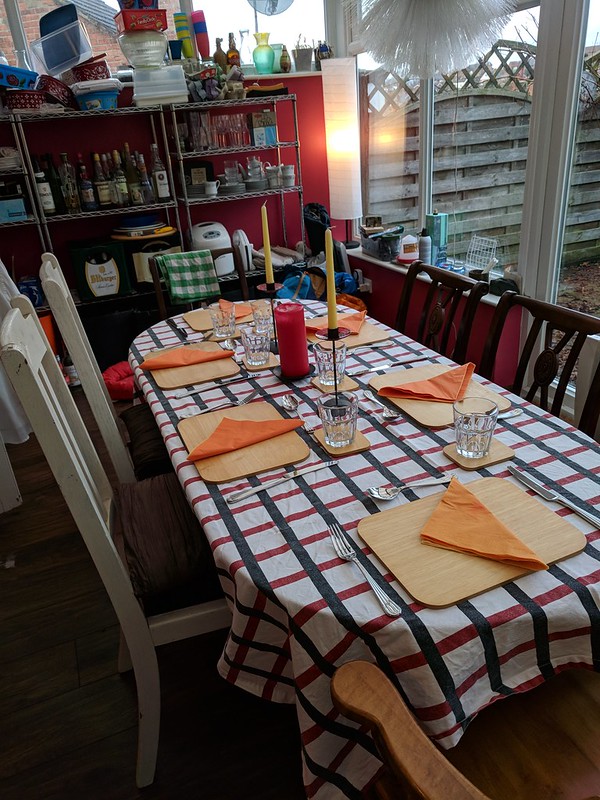 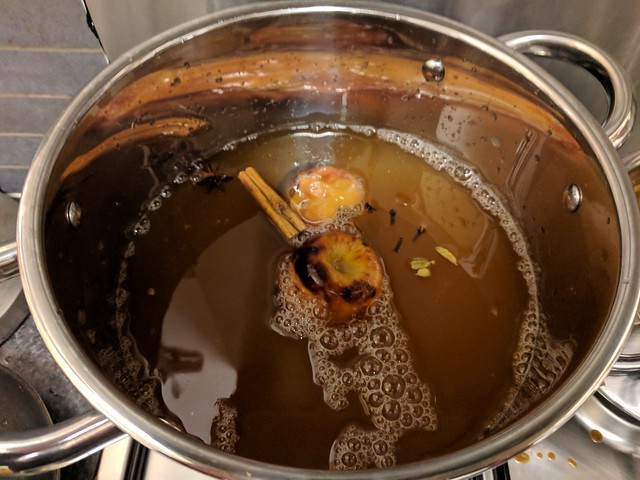 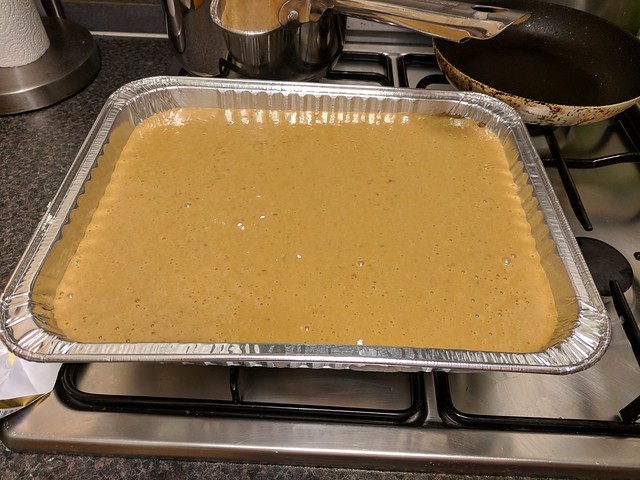 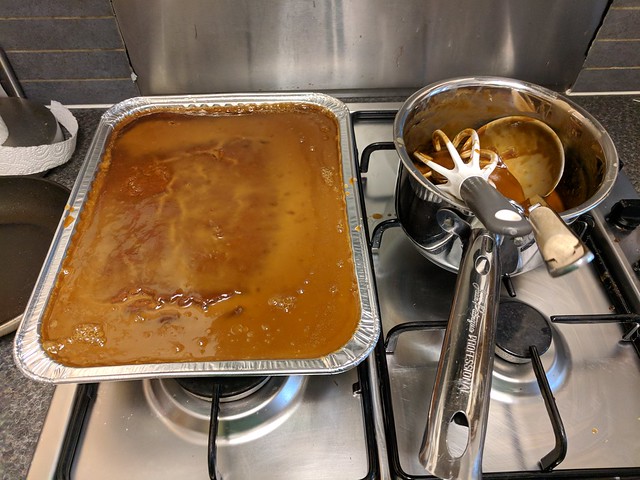 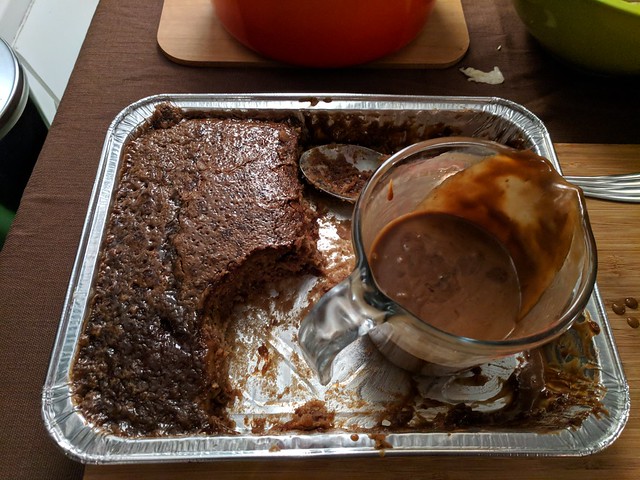 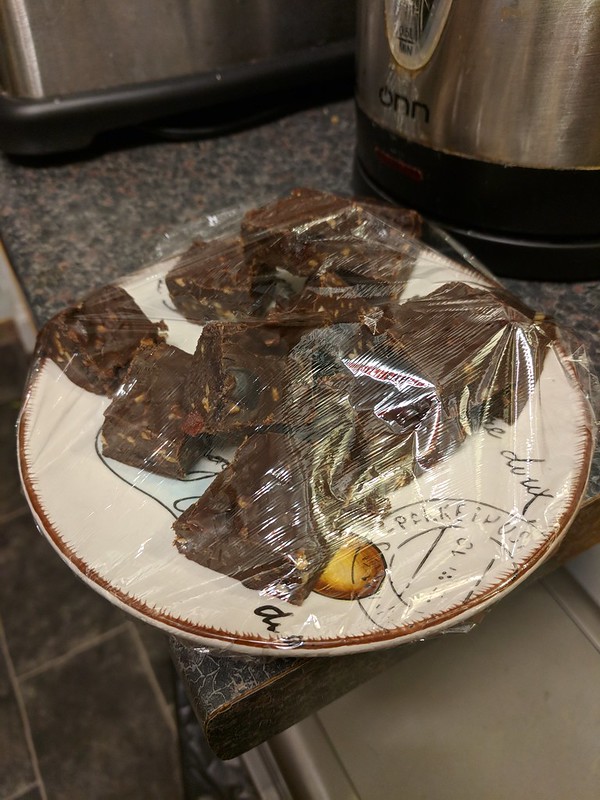 We’re taking finger food to a Eurovision party this year, so I have made devilled eggs and puff-pastry pack two ways. 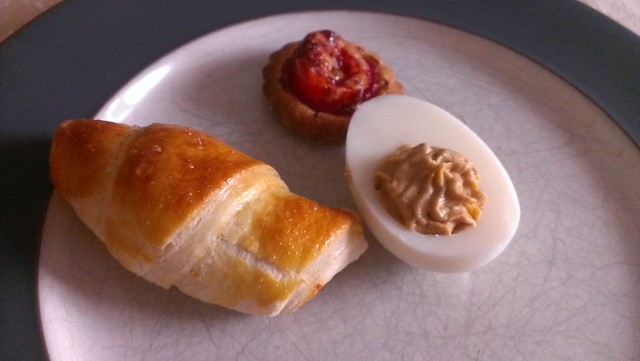 Devilled egg recipe here. Glut of teeny eggs from newly laying small hens, so used them up in this. Quite faffy, hard to transport and not the sort of fiddly work my clumsy fingers are any good at. I should probably stop even trying anything with piping in it.

Then a block of all butter puff pastry is divided – this time I did 1/3rd tartlets 2/3rds croissants.

Roll the pastry, cut rounds. Halve cherry tomatoes and optionally pre-roast them a little in the preheating oven. Stick each tomato half to a pastry round with tomato purée and top with a sprinkling of grated parmesan. Bake until crispy, about 10 minutes. 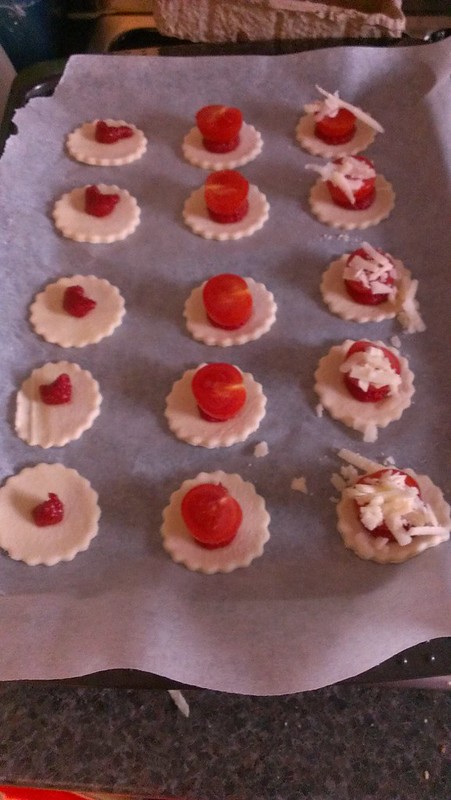 Roll the remaining pastry and cut into triangles, either from a large circle of rolled pastry, or less wastefully from rectangles. You are looking for very tall isosceles triangles. Place a small piece of cheese (camembert, goats, etc) and half a spoon of interesting chutney (I’m using something from the Garlic Farm) on the wider part and roll them up to form a croissant. Brush with beaten egg and bake for 10-15 minutes until golden. 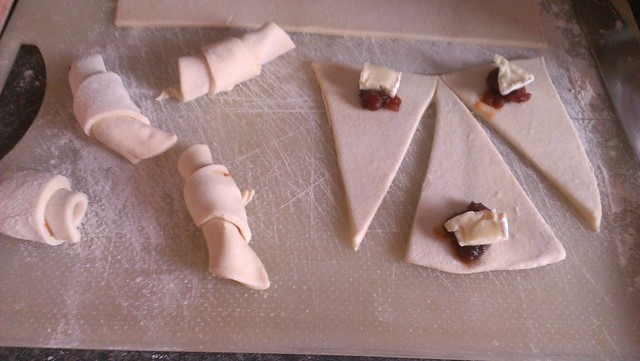