Now that I live alone I have a spare room that was previously P’s office. It’s only barely big enough for a bed and was a box room when we bought the house ten years ago. I wasn’t entirely sure how to use the space when he left it entirely empty and beautifully clean, but my thoughts had been edging towards turning into a dressing room, or a giant walk-in wardrobe.

I wasn’t entirely sure how I could do this. I wondered about getting someone to build something simple out of scaffolding poles and MDF to make boxes – I’m a big fan of shelves for clothes rather than drawers. My clothes until now had been living in a mix of built-in wardrobes and open rails from Argos in the corner of my office. I’d recently innovated so that things that didn’t need to hang lived in cheap Ikea laundry baskets on the floor of the built in wardrobes. 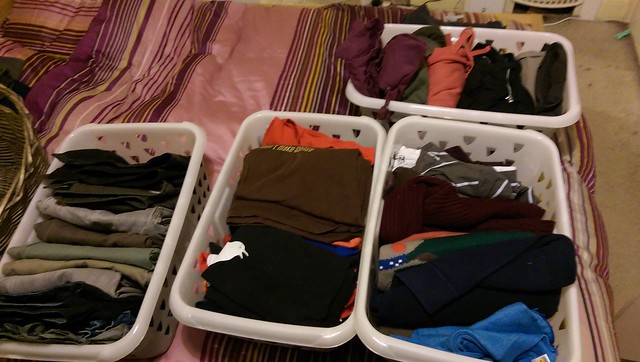 A more expensive solution would have been a pair of Ikea wardrobes with all the fixtures and fittings. Two problems – one, it wouldn’t be impossible to end up spending a grand doing that and two, P had a wardrobe up against the external wall and it led to damp and mould. 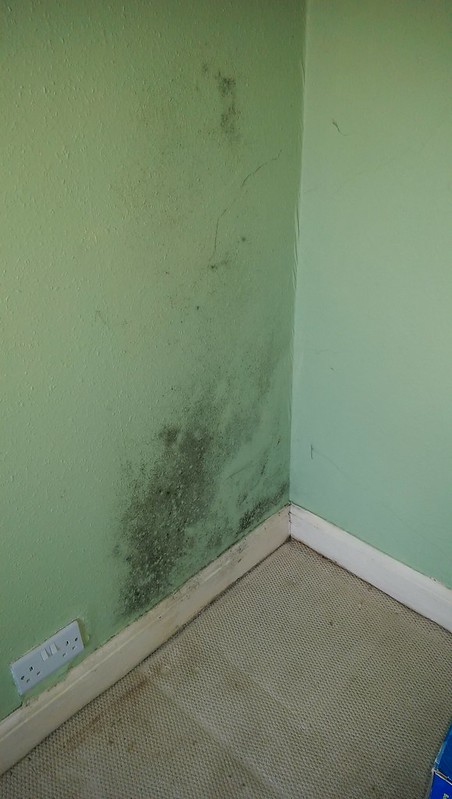 That took about a year – he’d had worse problems before with more furniture closer to the walls. This is an old, single skin brick house and that room has two external walls.

I’d spent a couple of months wondering about it and idly googling, but everything I’d found so far was high-end, luxury spec sort of thing – because I suppose most people with the space for a dressing room are not short of a bob or two.

What made the difference in terms of getting the answer I wanted out of google was to add the search term “warehouse” – this mean the answers I was getting were a bit more high-volume, low-price and less hand-burnished rosewood with a mahogany trim.

The company Shopfitting Warehouse was what popped first and they had a whole series of chrome garment rails that are intended either for warehouse or shopfloor, but which are very well priced and don’t look cheap. They fixed almost all of the problems – free standing, so can stand away from the wall to allow airflow and to check and clean the mould if necessary. They can easily be moved around the house into other positions if necessary. Very easy on the budget. Modular, so I can configure them exactly how I want them. I ordered a couple of units on the last day of term and they were delivered bright and early on the first day of the holidays. I’d built them and put all of my clothes onto them within 90 minutes. 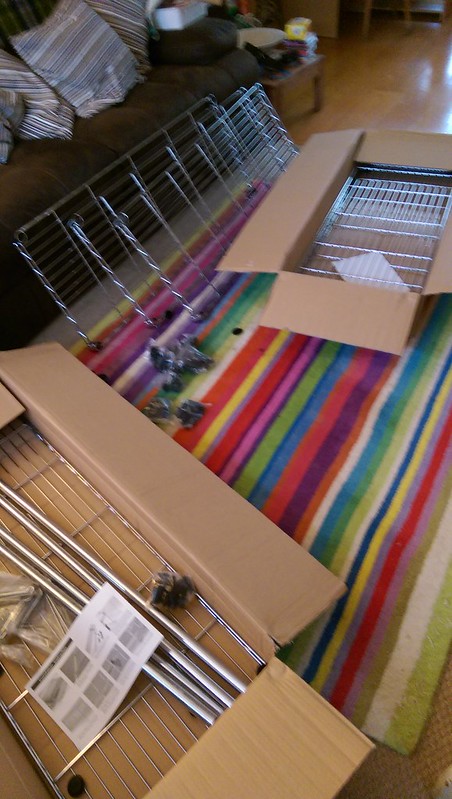 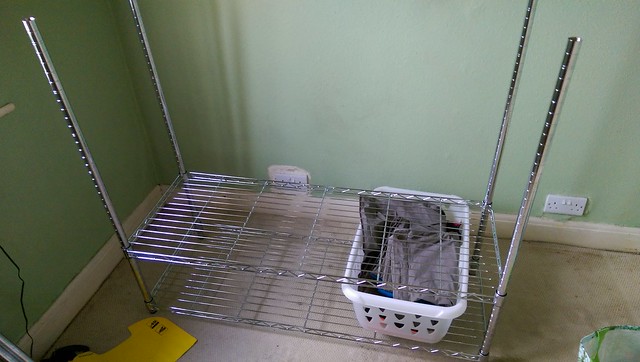 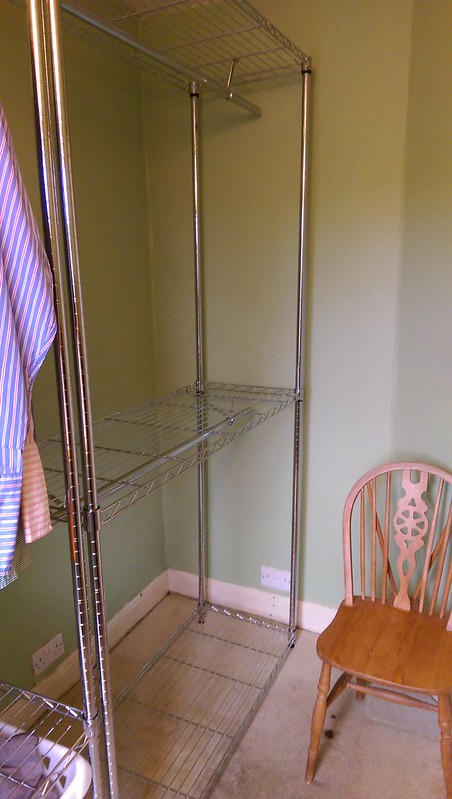 I can’t quite get a picture showing both units together because the room is so small I can’t stand far enough away. But I am distinctly chuffed. I have more clothes storage space than I have ever had and more than I need, even for the obscene amount of shirts I own. And all for less than £200. 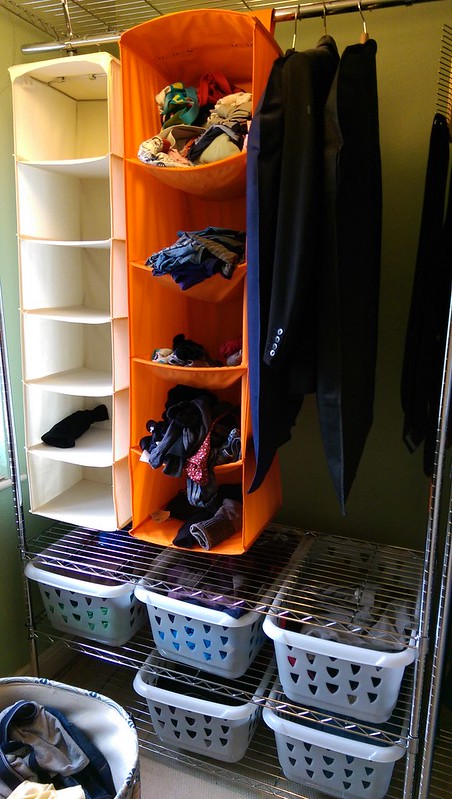 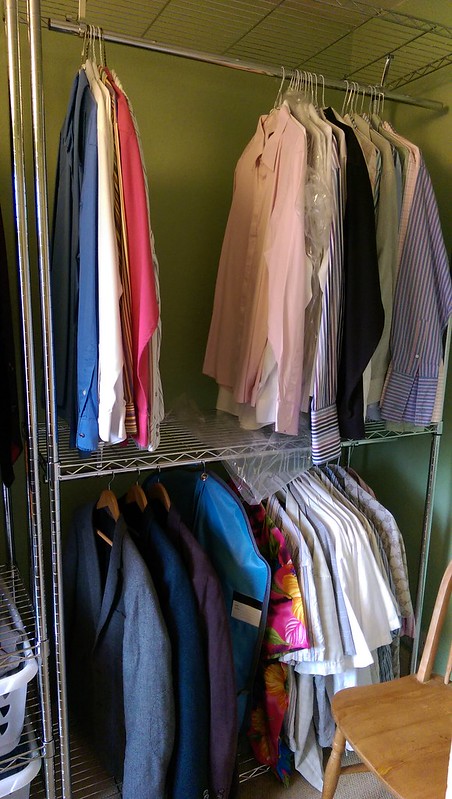 (Now to go and get 15 shirts back from the cleaners and drop off another 15, and do two loads of washing. Hmm, that will fill some of the spaces…)